Drop Bear Beer Co has succeeded in securing a £1.8million equity investment to build a dedicated alcohol-free brewery. The development of its brewery will allow Drop Bear to increase production and market share and fuel the company’s drive to establish Drop Bear as a key national and international player in the burgeoning alcohol-free market.

Founded in 2019 by Joelle Drummond and Sarah McNena, Drop Bear started production in 2020, using a contract brewer and packager. In early 2021 they launched an extremely successful equity investment campaign to raise funds to build their own dedicated alcohol-free brewery.

Joelle Drummond, Drop Bear’s sales and marketing director, said: “In less than two years and with a very humble personal investment, Sarah and I have transformed Drop Bear from just an idea into a multimillion-pound business with an international reputation. This new investment will help the company achieve its aim of opening only the second UK – and first Welsh – alcohol-free brewery.” 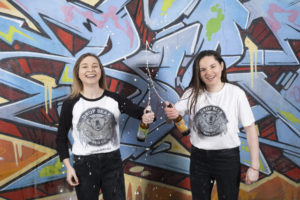 The Drop Bear brewery will be located in South Wales, with a site currently under consideration and plans underway to get the brewery fully functional by the end of October 2021.

Brewing Services Ltd have worked with Drop Bear since mid-2020 to help develop their range of non-alcoholic beers and have now been given the task of planning the new brewery. The new plant will incorporate several novel modifications to the brewery design and brewing process to facilitate the production non-alcoholic beers. David Smith, Managing Director of Brewing Services said “We are currently working with architects to design and build the new purpose-built facility which will house a new brewhouse along with a canning line and keg beer facility. At the same time, we are discussing with various equipment suppliers the design of the brewing equipment required and process modifications we want to make to help produce this style of beer without the need of heavy dilution or de-alcoholising.”

The Drop Bear range currently consists of four beers: Tropical IPA, Yuzu Pale Ale, Bonfire Stout, and New World Lager which will be added to once the new brewery is up and running with a NEIPA high up on the list of new beers being considered.