We are seeing a gradual return to normality after the doldrums of 2020 and 2021, and the outlook is looking much brighter for the small brewer. There is certainly a much more positive buzz around the industry at present and demonstrated by the attendance of brewers at SIBA BeerX this year.

Things in the last two years have changed for many brewers with a much greater emphasis on small pack and e-commerce, which has to be said has been the lifeline for many small brewers who were wise enough to grasp it. I think also there has been a great realisation that selling directly to the public, whether by means of e-commerce, or through sales via the brewery shop or tap room is really the way riches in our industry. 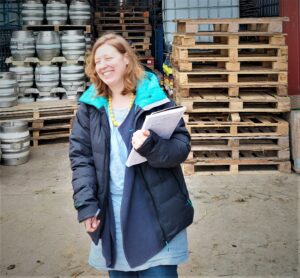 In January we were pleased to welcome Hayley Young to Brewing Services as a full-time member of the team alongside Rob and myself. Hayley had already been working for us as a freelance brewing consultant for the best part of a year but decided working with Brewing Services full time wouldn’t be so bad despite the long hours and the travelling from one end of the country to the other. So all three of us will be taking turns at visiting our breweries on a regular basis to undertake brewing surveys and project work.

Even before covid, at Brewing Services we have pushed the idea of how brew pubs and the brewery tap are not only a great way to generate cash flow but also ensure the beer reaches the consumer in the best possible condition (although we still face an uphill battle to get brewers to be more realistic on the Best Before dates they put on their products!). Today we tend to design Tap Rooms with breweries attached and not the other way around.

We are working on as many projects as ever with new brewery start-ups and doing out regular QA work to help breweries maintain the quality of the beers, which is now more important than ever before to help get the industry booming again. 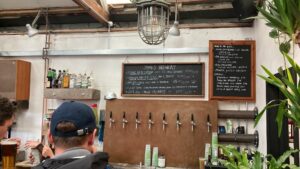 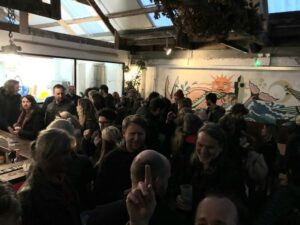 We have just commissioned our first new brewery of the year, Shoals Brewery, down in Porthleven in Cornwall and they opened their on-site tap room at Easter and haven’t looked back since.

Dai the brewer at the inaugural brew at Shoals Brewery 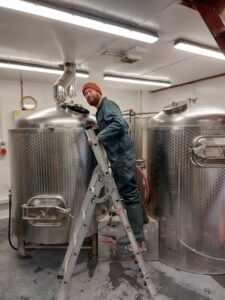 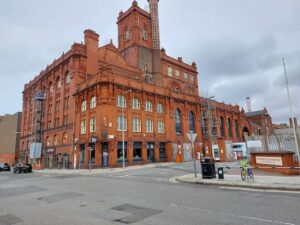 It was great to be back at BeerX again in Liverpool in March to greet old friends and meet many new ones at what must certainly be the premier craft brewers event in the annual brewers calendar, even if you’re not a SIBA member (yet). 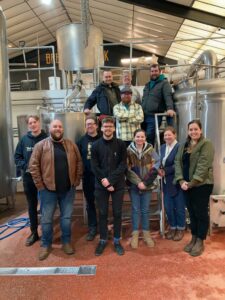 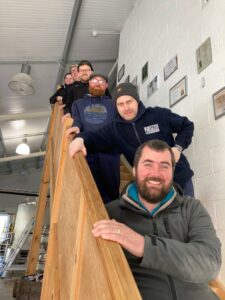 Participants on our April 2022 course

Once again, we had a full attendance for our bi-annual brewing course, now renamed ‘Brewing – The Fundamentals’ and following a year when we re-wrote many of the course notes for successfully running the course on-line during covid lock-down; but it is really great to be back running the course in person and as the residential course it was always designed to be way back in 1989. We are already getting enquiries for the next course in November.

So, what else does 2022 have in store for us? Well just more of the same with new several brewery projects going ahead on Tyneside, Lincolnshire, South Wales, Wiltshire and as far away as Gibraltar plus many more projects to introduce new beers and new products to market.

So, it seems 2022 is when the brewing industry is really getting back to its old self with plenty of optimism around in the industry and complimented by plenty of good new beers to try.